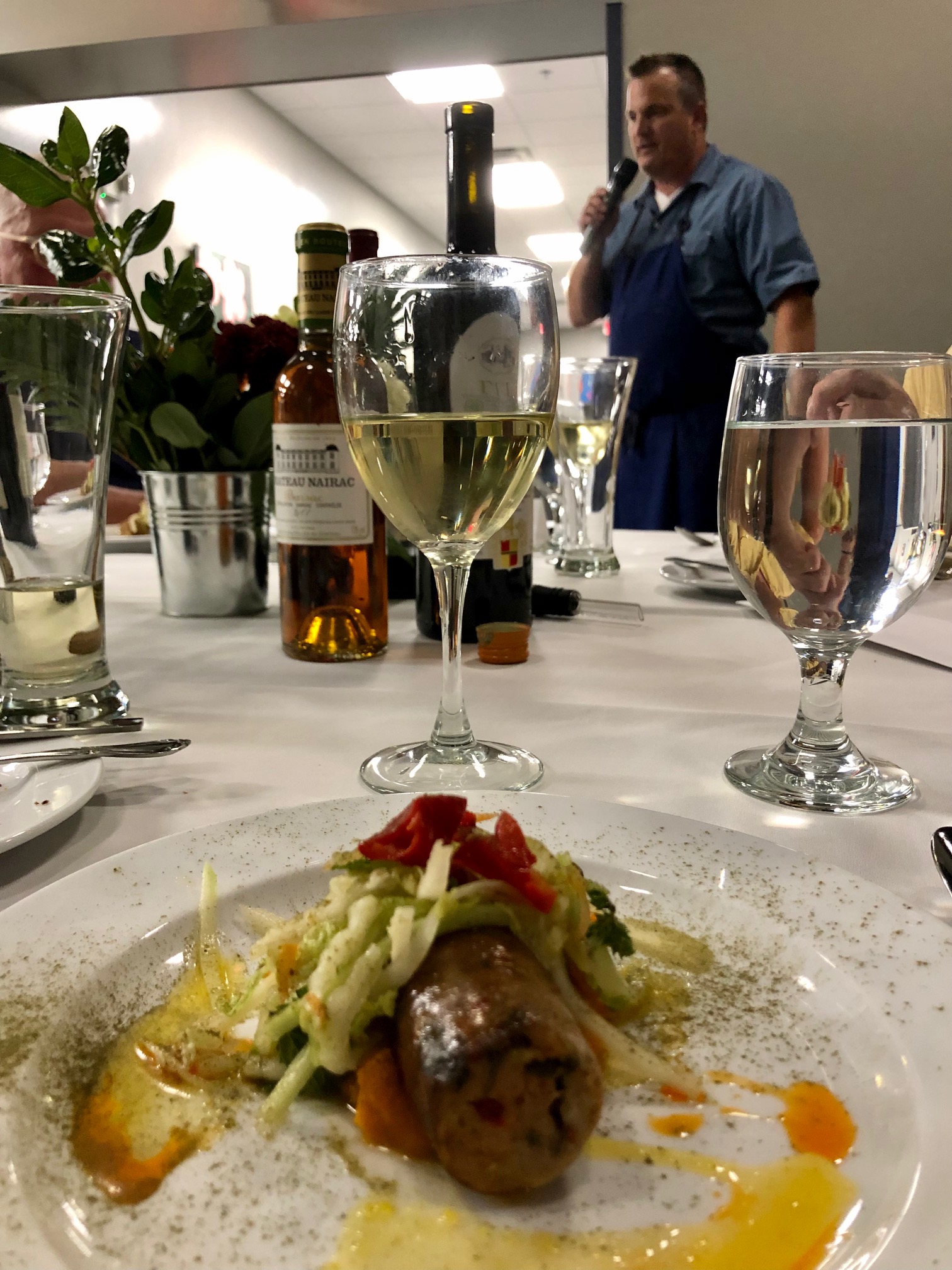 We love it when one great idea leads to another!

For more than six months now, Culinary Crossroads has partnered with Paramount Schools of Excellence on a terrific dinner project, our Sunday Supper Club series.

It all came about after Paramount CEO Tommy Reddicks attended one of our spring dinners last year. Following the dinner, Tommy reached out about his goal to continue an effort he and his late wife, Kelly Wensing, had begun during the pandemic. Their “Bring Back the Chefs” series of multi-course dinners prepared by some of the city’s top chefs had provided much-needed support to chefs when so many of their restaurants had been shuttered due to Covid restrictions.

We worked with Tommy to continue the series under the Culinary Crossroads dinner series umbrella, and we launched it last August. We couldn’t be happier to be involved!

The monthly $125-per-person dinners are held on Sundays at 6 p.m. at Paramount’s Cottage Home campus. An art-filled hall at the school is transformed for 30 guests into a supper club for the evening, complete with flowers, white tablecloths and complimentary champagne. The chefs’ creative six-course menus, prepared and plated in the school’s kitchen, are served alongside bread from Leviathan Bakehouse and coffee by School Grounds Coffee Shop. Diners are encouraged to bring their own wine or beer to accompany the meals.

In keeping with the original “Bring Back the Chefs” effort, $100 of each ticket goes straight to the chefs. The remaining $25 is set aside to fund a culinary scholarship at Ivy Tech Community College, continuing our Culinary Crossroads motto of “great food, great talent, great causes.”

The Supper Club dinner series will continue through September and beyond. You can purchase tickets for upcoming dinners here.