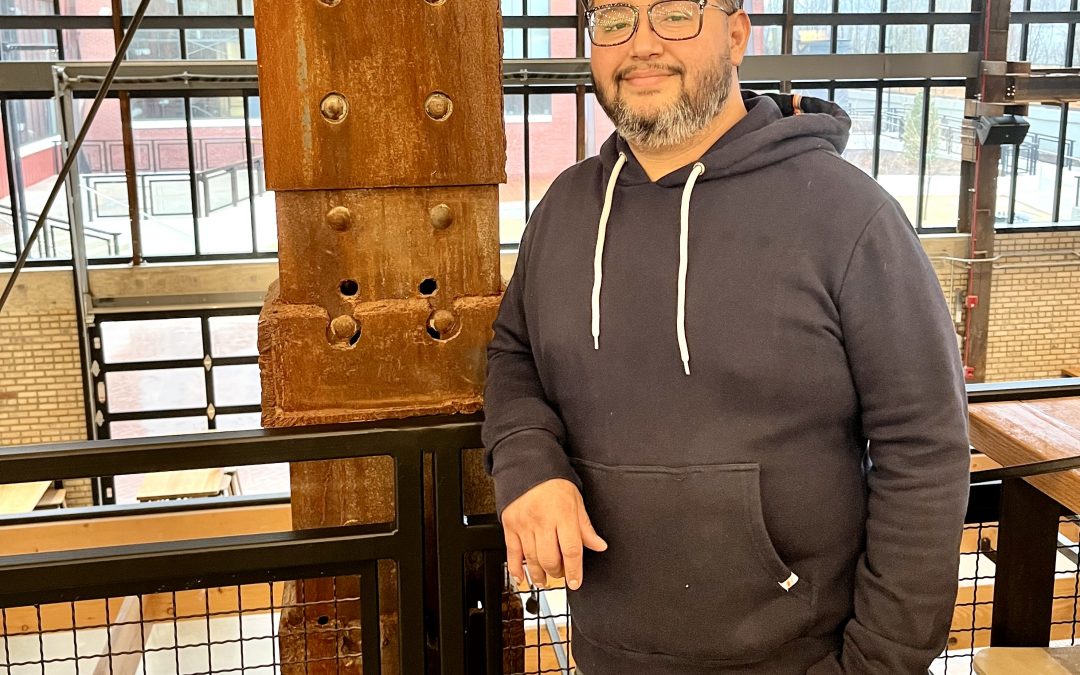 Marcus Daniel is the executive chef at Joseph Decuis, a fine-dining restaurant in Roanoke, Ind. The restaurant features Wagyu beef raised on the restaurant’s nearby farm along with Mangalitsa pigs, heritage chickens and turkeys, and a wide array of vegetables. Chef Daniel, a Fort Wayne native, graduated from Ivy Tech’s culinary program and worked locally before heading to Los Angeles and New York City. He joined Joseph Decuis in 2016, returning to the area from New York City’s Michelin-starred Breslin Bar & Dining Room and John Dory Oyster Bar, where he refined his culinary skills under the tutelage of James Beard award-winning chef April Bloomfield. Chef Daniel will be cooking for the Culinary Crossroad On the Road dinner at Fort Wayne’s new Union Street Market in the Electric Works development on Feb. 21.

I like cooking food that I want to eat. Seasonal as much as possible. Working with the wagyu [at Joseph Decuis] is nice. It’s a beautiful ingredient. I’m able to explore the whole cow, the whole nose to tail.

Did you always want to be a chef?

My mom told me I had to go to college, so I went to Ivy Tech, and I enrolled in the culinary department. Once I got into it, I started to like it. You’re moving, you’re sweating, you’re getting yelled at. It reminded me of some sort of sport.

Do you yell in the kitchen?

We have an open kitchen, so I can’t yell obscenities across the room, but I can speak very sternly in someone’s ear.

With the announcement that Noma will be closing in Copenhagen, we’re hearing a lot about the end of fine dining? Any thoughts?

Noma’s closing, but every three Michelin-starred restaurant in New York is bumping their prices, and it doesn’t seem like its affecting them. Is “fine dining” just the service of it? Or is fine dining the food of it? You can serve beautiful food on picnic tables.

Do you enjoy working with other chefs at collaborative dinners?

In 2019 [pre-pandemic], we were cooking with people that came from, say, Italy, from Louisiana, from Africa and other regions in the world. They would come [to the restaurant] with their recipes, they showed me how to do it, we executed it, and they spoke about it. It was eye opening to see how many foods are out there. And there’s always a street food. There’s always meat on a stick. There’s always those types of foods everywhere. That’s something we all share in common.

What do you cook at home?

During these winter months, it’s more stews, heartier food. The people I cook for at home are my wife and kids, and sometimes the kids don’t want what I want to eat, so I’m not really cooking for myself.

What’s always in your fridge?

Hot sauce for me to put on everything. It’s going on pizza, it’s going on eggs. Sandwiches too.