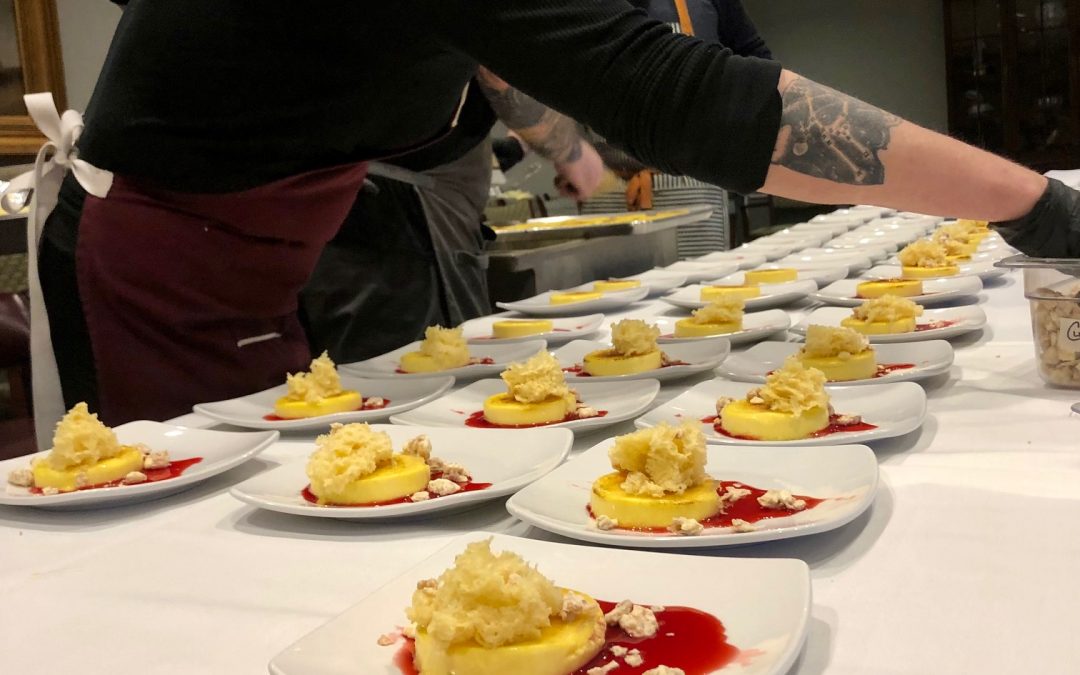 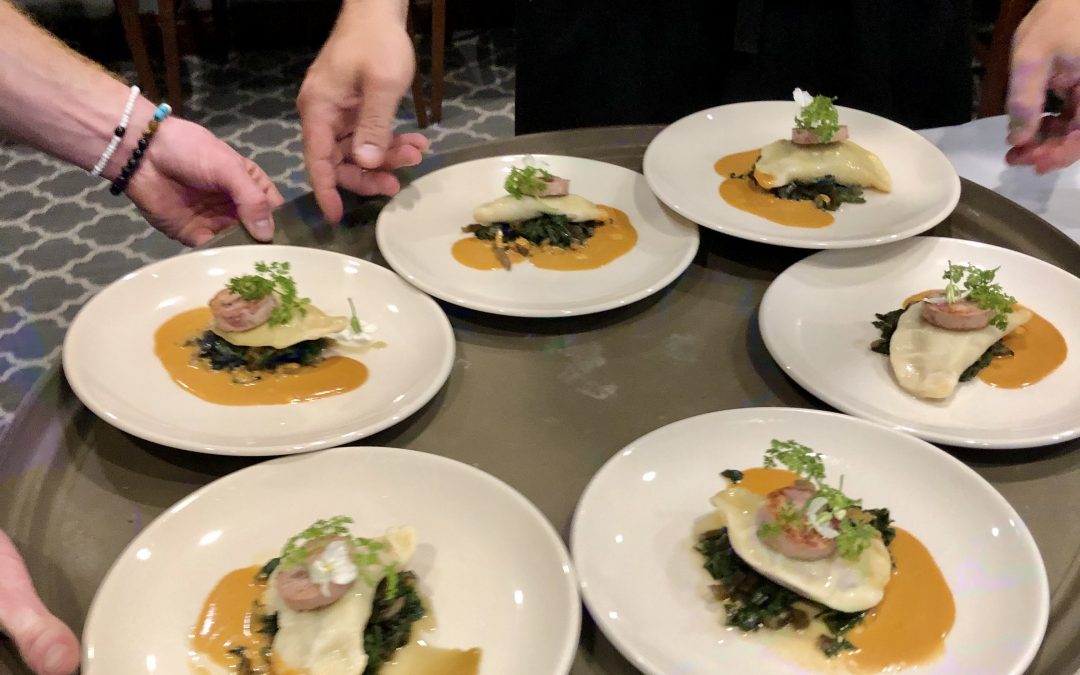 We’re so happy to announce that tickets for our second-annual Spring Dinner Series, presented by Ivy Tech Community College, are now on sale!

The 2022 Spring Dinner Series takes place April 19 – May 10 at Highland Golf & Country Club and features an incredibly talented lineup of some of the Indianapolis area’s top chefs. Each week, two chefs will work together on a multi-course menu with dessert created by one of Indy’s top pastry chefs! A portion of the proceeds from the dinners will go to create a culinary scholarship at Ivy Tech – the perfect combination “great food, great talent, great causes.”

Our 2022 dinner series will feature a Global Exploration theme, and menus will focus on Spain/Portugal, Italy, France and the Middle East. Our chef teams include:

What a great lineup!

Tickets are available in pairs for $350; or you can purchase a table for six for $1,000. In addition to helping to create a culinary scholarship, portions of the revenue are used to compensate participating chefs, cover food costs and provide support for future Culinary Crossroads initiatives. And we’ve got more great dinners coming up – stay tuned! 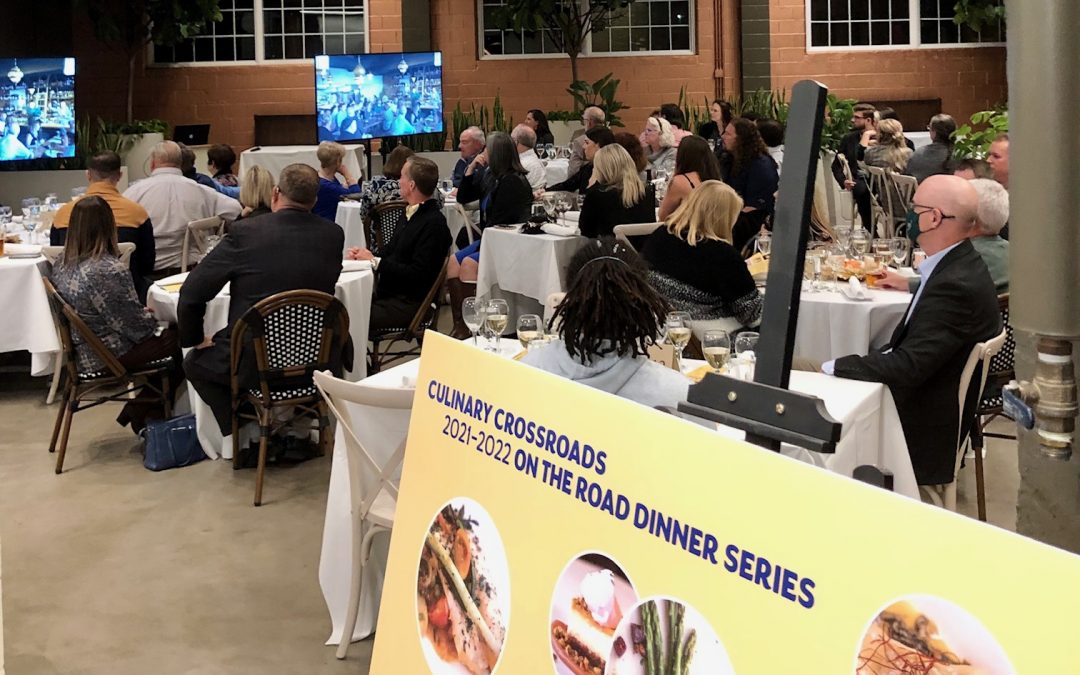 On the Road Dinner Series Launched in Evansville

We’ve been busy here at Culinary Crossroads with our efforts to spotlight Indiana’s culinary culture and shine a spotlight on chefs and restaurants throughout the state. After last year’s successful Spring Dinner Series, we decided to take the show on the road!

“The On the Road dinner series is very important to us,,” said Culinary Crossroads founder Larry Dickerson. “So often statewide programs end up being Indy centric. We were committed to the fact that this is a statewide initiative.”

Our first On the Road dinner took place in Evansville in October and brought together three of that city’s top chef ambassadors for a collaborative dinner.

The dinner took place at Copper House with chef/owner Charissa Perkins along with chef Jeremiah Galey of Amy’s on Franklin, and chef Lake Russell of Schymik’s Kitchen. The chefs created an incredible menu and worked together to serve up a memorable evening.

Along with beer from Sun King, Huber Winery and Starlight Distillery provided wine pairings and a signature cocktail for the evening.

Our next On the Road Dinner will take place in May at Huber’s Orchard, Winery and Vineyards in Starlight, Ind., near New Albany. Look for ticket info soon!

And look for other On the Road dinners to take place in 2022. Fort Wayne is on our short list as are South Bend, Lafayette and Terre Haute. 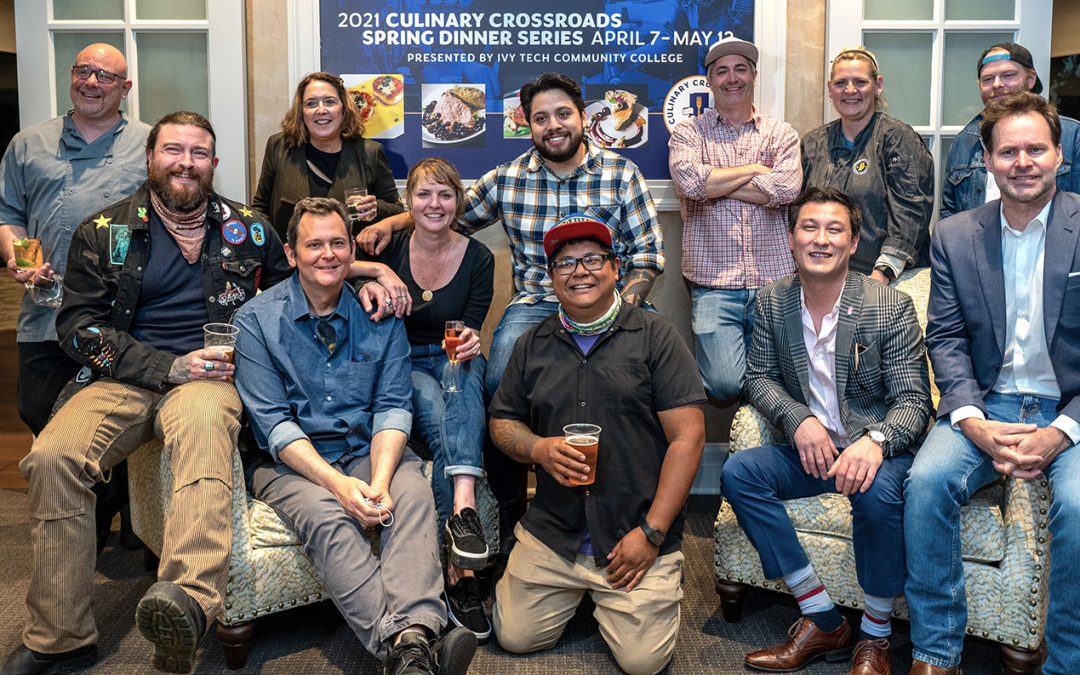